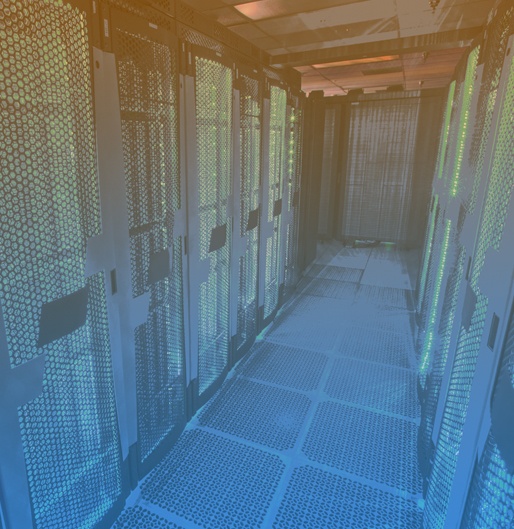 Juniper Apstra is an intent-based networking software designed to simplify the design, deployment, and operations of your data center network in multivendor environments. It speeds up everyday operations with a single source of truth, powerful analytics, and root cause identification

What is intent-based networking?

We live in an “always-on” world filled with information and data that must be processed, stored, and analyzed, whether it is a stream of streaming video or a million sensor readings. Networking infrastructure is a critical component of every data center but has been slow to change because it is complex and inherently resource-intensive. The result is that most companies have invested thousands of dollars into networking infrastructure for little or no real benefit and many companies are still spending millions in early-stage investments each year. A network infrastructure product like Apstra can be as important as any other piece of technology in your data center because it offers flexibility and scalability that can help you reduce the costs associated with networking infrastructure while delivering exceptional performance at all times.

In the industrial age, people used to think about their networks as they thought about factories, with different machines running different tasks that were optimized for their specific needs. Today though, we have become comfortable with automation built right into our networks — creating a single source of truth that provides visibility into all network operations so you can understand when things go wrong or when things are right. In the data center world though, automation has not yet made its way across the chasm between “natively” (i.e., built into your hardware) and “natively” (i.e., built into your software).

If you don’t automate your networking today, you will spend more money next year just trying to do less today; if you do automate your networking today, however, then you can spend less money next year on more complex automation. This makes network automation very interesting for IT vendors who want to sell products directly to datacenter operators — there is certainly a lot more margin to be made from this market than from traditional server sales — but also for end-users who want to get control over their networks without needing expensive administrative overhead or proprietary software licenses.

What are the benefits of intent-based networking?

In this post, I will share a little bit about intent-based networking software and how it can be used to improve the way we run our data center network in an environment where we are dealing with a variety of vendors and a diverse set of products.

In this world, there is a lot of noise and confusion around the term “data center network”. In most cases, the term does not refer to something that operates on one specific physical infrastructure but rather refers to some kind of communication infrastructure. It can take many forms from dedicated IP networks to virtualized private clouds, colocation facilities or colocation servers, packet-switching routers and Ethernet switches to Fibre Channel switches and storage systems.

The confusion comes from the fact that as much as they can be confusing, these products all map (in some way) to a common problem: how do you set up your network? It’s not enough to just connect your desktops or laptops; you want to be able to connect them across the Internet. Because at its core, networking is about communication between pieces of equipment.

So how do you accomplish that? Well firstly by getting an Ethernet switch into your data center. Then you add another Ethernet switch in front of that which adds more connections for even more communication between pieces of equipment. The bottleneck is always going to be between pieces of equipment and what makes up this bottleneck varies significantly by vendor, so it’s always worth talking about ways in which your networking needs can be met — at least if you have any idea what you want from any particular product or service!

One thing we hear from everyone we meet who is running their data centers is that they need a software-defined network (SDN) controller for their cloud computing stacks or a software-only SDN controller for their colocation facility or rack space server infrastructure. If all they want was an Ethernet switch (which makes sense), then they would be perfectly happy with just running an Ethernet switch in front of their network fabric components — as long as they could get all those packets across the wire!

But when people start asking us why they need networking controllers in every product line they use (and we are told that it’s needed because no one vendor has built such a product), then it becomes clear why things like intent-based networking exist: when multiple vendors are offering similar products on the same infrastructure, it makes sense to go with one particular vendor

How does Apstra fit into your data center?

Data center networks are complex and expensive. In many ways, they are the most complex systems we use day to day. Networking is not only a crucial but also a difficult task. Network engineers must think carefully about network design and planning as they attempt to optimize the performance of the entire network system.

The best way to improve your ability to make these decisions is by using intent-based networking software—Apstra.

Apstra is an intent-based product for data center networks that can be used in a variety of ways:

• Data collector: Use Apstra’s powerful analytics to understand what’s happening on your network

• Root-cause identification: Identify incidents quickly, so you can fix them immediately

How you can use Juniper Apstra to automate, validate, and troubleshoot your network?

Juniper Networks has been a leading enterprise networking vendor for more than a decade, and the company is currently one of the five largest network equipment providers in the world. It is headquartered in San Francisco, California, and has offices throughout North America, Europe, and Asia-Pacific.

It was founded in 1981 by David R. Clark as a spin-off of his doctoral work at Stanford University (and is still led by him). The company started out selling adapters to connect PCs to Ethernet switches and then grew into networking gear with its proprietary IP stack. Juniper Networks racked up $4 billion in annual revenue as of 2014 — a number for an open-source company — with its network products dominating the market for Ethernet switches over the last decade. And contrary to what you may have expected from this quote above, it’s not just about networking: Juniper Networks also offers big data management solutions for other industries like financial services, manufacturing, health care, government intelligence, and energy research.

The company is known today for its proprietary software called Junos which can be used to control routers and switches through an interface called “the trust”. This means that while you can use any standard router or switch (and many do), you can also use Juniper’s software to control your network directly without needing any other software running on your machine — all thanks to the technology used by security cameras to see through walls or CCTV systems serving police departments. For example, if you want your router or switch to respond only when it senses motion inside your office or home in case of emergencies (like a fire), this approach is perfectly fine because it works with any standard router/switch device without requiring any special software (though it does require some extra setup)…

Juniper’s intent-based networking technology allows engineers to build and deploy networks autonomously from their front doors – eliminating the need for costly upgrades each time they add new devices (one common upgrade path mentioned above). This eliminates costly downtime due to hardware failures caused by hardware incompatibility – leaving less time behind for human error, downtime, troubleshooting, etc. with no need for human intervention at all!

Apstra is a new way to manage your network operations. It is based on the concept of intent-based networking (IBN). If you know what you want to do in your network, then it’s easy to understand how you can use Apstra. You get a single source of truth for all the data about your network. The best part is that Apstra does the work for you. It shows you where your network is headed and what will happen next.

While Apstra aims to make it easy for everyone, I think several people would love to have an elegant solution like this on their hands, even if they don’t know any better than an API today. I know I did! So how hard can it be?