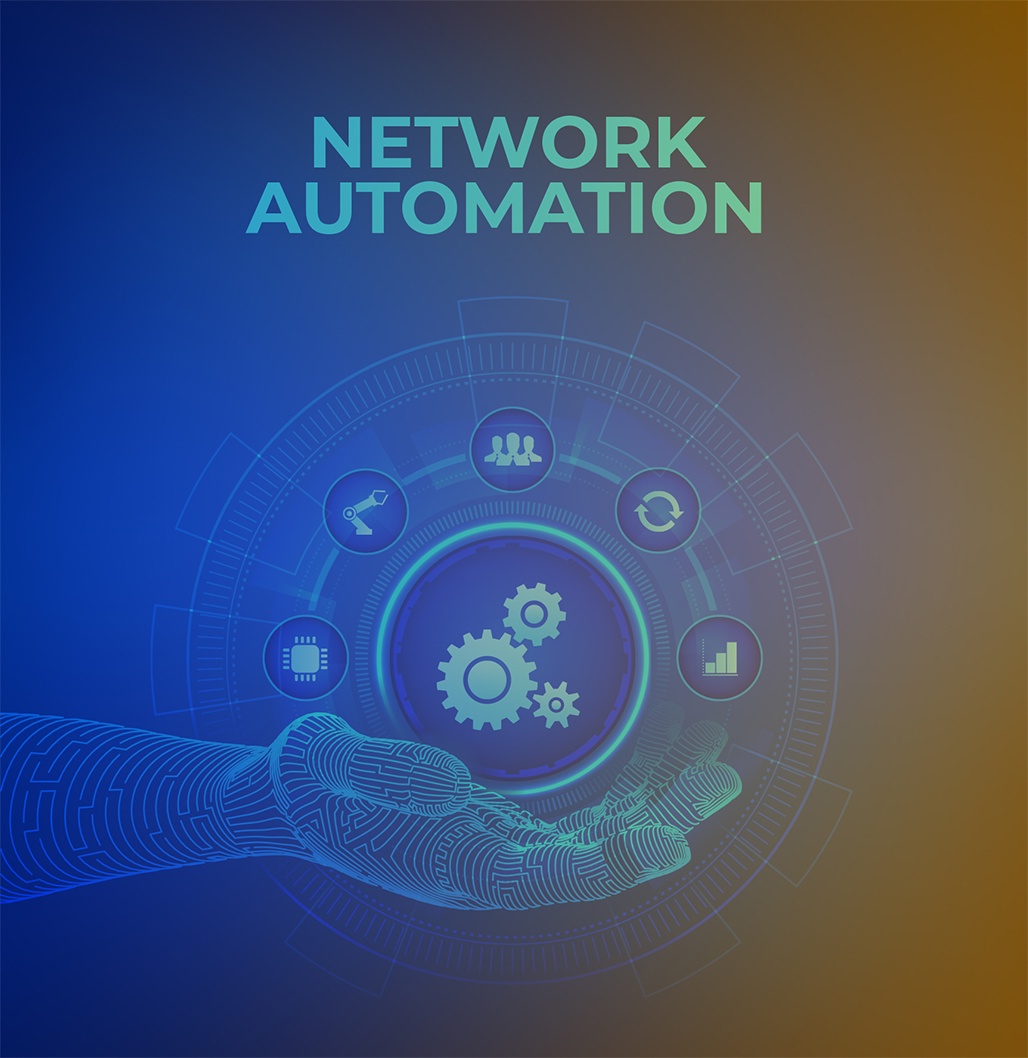 Network automation can assist your company in reducing time spent on manual task such as reporting, basic yet time-consuming operations, and fixing known issues. There are solutions available to assist you in automating repetitive tasks and reporting in order to make your staff’s lives easier and save time that could be better spent on other things.

What exactly is Automation?

Let’s have a look at what network automation is and how it works before we dive into its implementation and tools. Network automation uses software to configure, manage, provision, and test network equipment automatically. It increases efficiency and decreases the risk of human error, and lowering operating costs. Essentially, it simplifies your life and saves you money.

How Does Automation Work?

Network automation employs technologies to assist with networking services such as device identification and network mapping, as well as more complicated tasks such as network configuration management and virtual network provisioning. Network automation can also be used for the following purposes:

You can use an application programming interface (API) or a command-line interface to automate any network resource (CLI). The following networks can benefit from network automation:

The next step is to build an implementation plan if you’ve decided that network automation is a good fit for your team and company. Having a good plan in place will guarantee that you choose the right jobs to automate and the proper method to automate them.

As previously stated, jobs that are simple, repetitive, and time-consuming are the best candidates for network automation. Collaborate with your team to determine which jobs should be automated. They’ll most likely have a lot of suggestions! You might also check your network tools (such as network analysers or SNMP monitors) to see if any pain points can be found.

You may wind up with a lengthy list of potential jobs to automate as a result of your data collection. Concentrate on the ones that add the greatest value to your company and alleviate the most pain for your employees. Even if they aren’t causing much stress, you might wish to prioritise certain simple tasks. Every automated task eliminates the need for a human to complete it; keep in mind, however, that automation also decreases human mistake.

Figure out which tool and method works best

Various automation approaches and technologies are available. Consider which tasks you want to automate and which tool is appropriate for them. Keep in mind that simplicity is crucial when it comes to network automation. As a result, pick a tool that your staff will find simple to use and maintain.

Make sure you cover your bases in terms of security, as with any networking project. Verify that your automation includes encryption, SSH, monitoring, and any other security features that are required.

Test and deploy your automated tasks

Test your network automation before putting it into production. If you have access to a test lab or an emulator such as EVE-NG, VIRL, or GNS3, run through each of your automated processes to ensure they are functioning properly. If you don’t have a test environment, create one and warn users if service is interrupted. Then, one by one, implement and test your network-based automated tasks.

Hopefully, your automated activities are running effectively and haven’t caused any issues for users, and your employees have a lighter workload that is free of repetitive and time-consuming tasks. However, there is more to think about.
It’s critical to monitor and test your automation on a frequent basis to ensure that it’s working properly. Even seemingly unconnected network changes might cause your automated processes to fail, so set up a monitoring and testing routine to ensure everything is running properly.

Consider establishing a list of more tasks to automate in the future once you’ve completed your initial round of automation. You’ve already spent money on the tools, so you should try to get the most out of them.
You presumably have a list of tasks that didn’t satisfy the criteria for the first round of automation, so start there. You can also expand on the duties you’ve previously automated, resulting in increasingly complex jobs and a more intelligent network.
DS total solutions can provide the expertise and the infrastructure required for your network automation needs. Get in touch with us today and we will provide you with the necessary consultation to get started on the right foot.